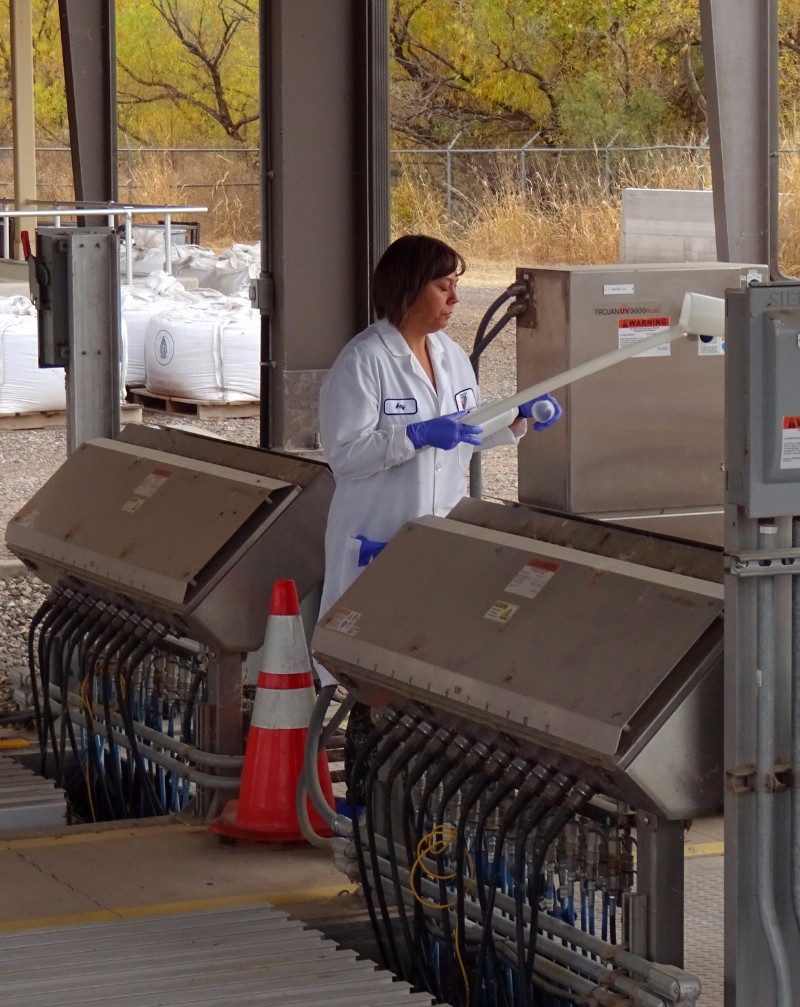 The city has undertaken several tests to better understand the quality of its treated water at the Wastewater Reclamation Plant.  This includes testing for the presence of Constituents of Emerging Concern (CEC) in the treated water and comparing results to state and federal drinking water standards. This investigation was part of a city program to develop injection wells that will use treated water to recharge the aquifer.

CECs  are  chemical compounds found in pharmaceuticals, personal care products, food additives and other consumer products. Chemicals from these products enter the wastewater system as we dispose of water used in  pools, restrooms, showers, and other places. After treatment more than 90 percent of the chemicals may be removed, although some remain and can be detected in parts  per trillion using modern testing methods.[1] The presence of most of these chemicals in drinking water is generally unregulated. The city has tested for the presence of  more than 100 of these constituents. [2]

An August 2014 report states none of the CECs tested for were found in the water samples from Arizona Water Company and Oak Creek Water Company. In Oak Creek, the actual creek, not the water company, only DEET, an ingredient in insect repellent, was found using current detection methods.  Treated Sedona Wastewater Plant water contained higher levels of CECs, which was expected considering the focused disposal of these compounds in the relatively limited quantity of water in the wastewater system as compared to an aquifer[3].  On average the city’s current treatment process reduces levels of the analyzed CECs in the water by about 90 percent [4].  These levels are well below the levels recommended by the WaterReuse Research Foundation for direct potable reuse.[5]

Learn how to protect Sedona's water and your plumbing PDF

Below are links to reports the city has prepared and and the text of a statement by Dr. Shane Snyder to the U.S. Senate Subcommittee on Transportation Safety, Infrastructure Security, and Water Quality in April 2008 regarding CECs in water.

Testimony of Dr. Shane Snyder to the Senate Subcommittee on Transportation Safety, Infrastructure Security, and Water Quality in April 2008 Snyder

[1] One part per trillion is 1 drop of water in 20 Olympic-size swimming pools (13,200,000 gallons
[2] There are hundreds of compounds but the ones tested are common in municipal wastewater
[3] Drinking water for the City of Sedona is drawn from aquifers below the city.
[4] If the impact of the sweetener Sucralose is removed from the result the process removes 99%.
[5] Direct potable reuse means no further treatment of the treated wastewater before using it as drinking water. Water injected into the aquifer at the Sedona plant would receive additional treatment through dilution and subsurface movement of the water.