The Sedona City Council holds its regular meetings on the second and fourth Tuesday of each month at 4:30 p.m. in the Council Chambers at 102 Roadrunner Dr.  In addition, the Council also holds work sessions and special meetings.

Meetings are webcast via livestream and broadcast on cable TV Channel 4.

» Visit our citywide FAQs page to get answers to frequently asked questions about policies, processes, how Council works and other matters.

Use our Report It app to report problems such as potholes, stray animals or graffiti. Your report will be sent directly to staff members and you can receive status updates on your request. You may also call 928-282-3113 during regular business hours, 7 a.m. to 6 p.m. Monday through Thursday to submit a report.

Use the email links below to contact individual Council members. 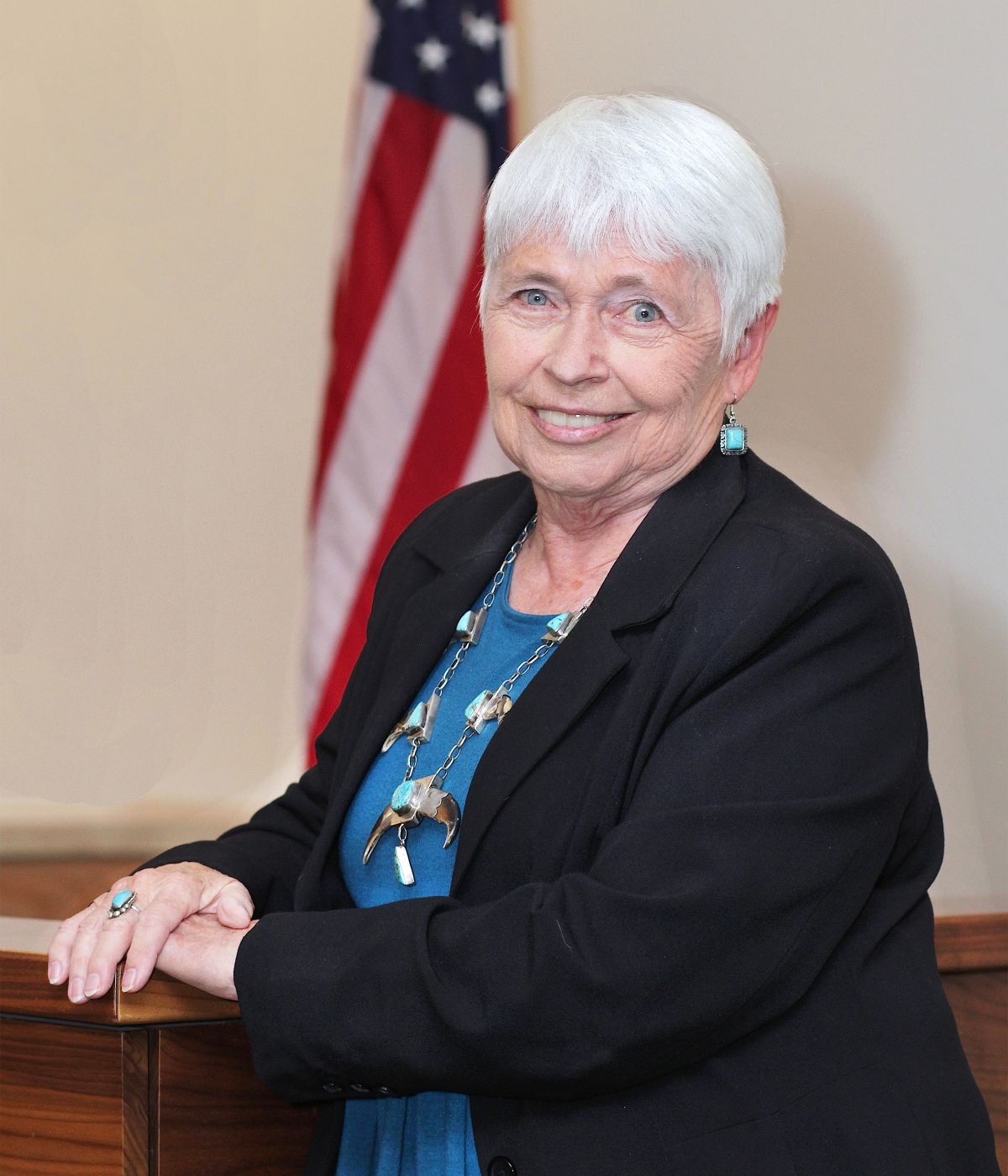 Sandy was raised in Seattle, Washington, and graduated from the University of Washington with a B.A. in Economics. She also lived in Oregon, Florida & Alaska. She moved to Sedona in January 1972, when Sedona was a town of about 4,000, unincorporated, and split between two counties. Sandy worked for the local branch of the Phoenix CPA firm Walker & Armstrong for 31 years, and is now a self-employed accountant.

Soon after coming to Sedona, Sandy became involved in getting Sedona incorporated. The community was already growing, and she agreed with others that we needed to make our own decisions rather than have Flagstaff or Prescott control our future. Incorporating Sedona was not an easy task, as state legislation had to be passed to allow the City to incorporate across county lines. After serving on three committees over a 15-year period, voters approved incorporation in December 1987, and in January 1988, the City of Sedona became a reality. Sandy is proud to have been a member of the first appointed City Council.

Sandy has volunteered for a variety of organizations and activities across the state, in the Verde Valley, and in Sedona, including AYSO youth soccer, Good Morning Sedona, Southwest Public Recycling Association and Verde Valley Wine Consortium. She is a founder of Sedona Recycles and served on the board for nearly 20 years, and is also a founder of Sedona Winefest. She served on the City’s Wastewater and Effluent Disposal & Land Use Task Force for two years, Housing Commission for six years, and also on the Service Contract Review Work Group. 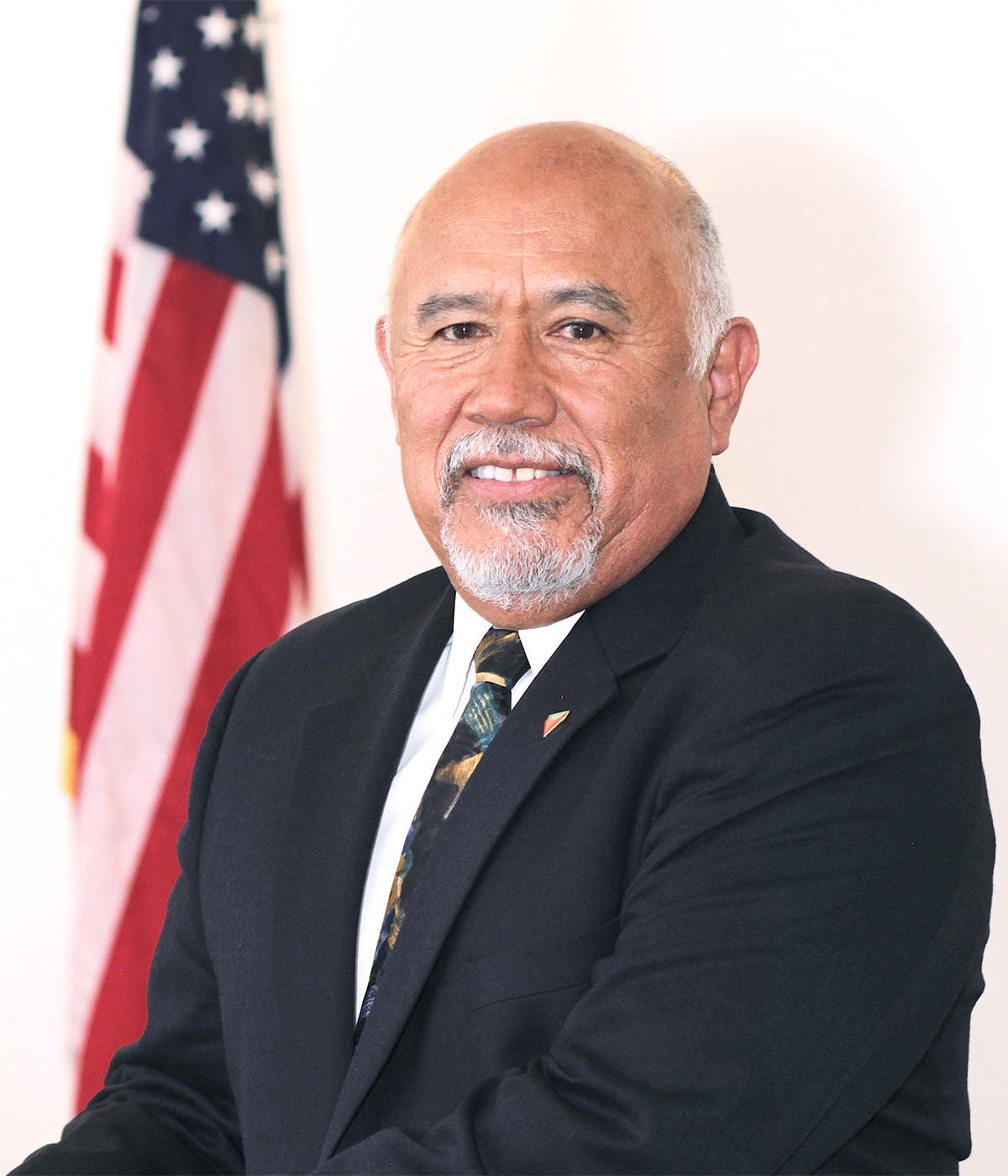 John Martinez, Jr. is from a large Southern California family. Three of his siblings were born in Los Angeles, as was John, and four were born in La Puente. All eight children graduated from college, encouraged by parents who did not have the opportunity to complete high school. Key lessons the children learned were discipline—homework before playing outside with friends—and frugality in a family of 10 where everyone learned to understand the value of a dollar and to spend carefully and wisely.

John graduated from California State University Long Beach with a degree in Finance. He worked during the day and went to school at night. He worked as a janitor for Snappy Taco and forklift driver at Mattel Toys. He worked as a financial analyst with Beckman Instruments, plant controller at Hunt-Wesson Foods, director of manufacturing accounting for ConAgra Foods, and Sarbanes-Oxley auditor for Boeing. He moved to the Sedona area in 2005 and was hired as director of finance for Nutri-Health Supplements in nearby Cottonwood.

John met Carol, the love of his life for the past 34 years, while employed with Beckman Instruments. They lived in Yorba Linda, California for 25 years and both have family all over California. His hobbies include traveling, playing sports (softball and soccer), reading, and attending Phoenix Coyotes hockey games.

John provides consulting expertise for small companies that require budgeting and forecasting assistance. As a member of the Budget Oversight Commission, John provided input to the City's budget for fiscal years 2012 and 2013.

Bill and his wife Kim first visited Sedona in 2011, bought their Uptown home in 2016, and moved here permanently in March 2017 after Bill retired. Bill spent 10 years in the United States Marine Corps and more than 25 years in corporate information technology where he was active in mergers and acquisitions, managed budgets exceeding $100 million, and led organizations of more than 100 people. Bill earned a B.S. in Computer Science from Park College and an executive MBA from Rockhurst University. In Sedona, Bill has been active in several local organizations focused on children, patriotic themes, veterans, and animals. You might catch Bill hanging flags on 89A, walking dogs around the Humane Society, or substitute teaching at the local schools. Bill decided to be active in city government and ran his campaign on a theme of "Balance", specifically, the need for a balance between what’s best for residents, businesses, and visitors. Bill is committed to understanding all sides of an issue. Bill’s son and daughter-in-law live in Missouri and he and his wife have two grandchildren. Bill and Kim are parents to several furry kids. 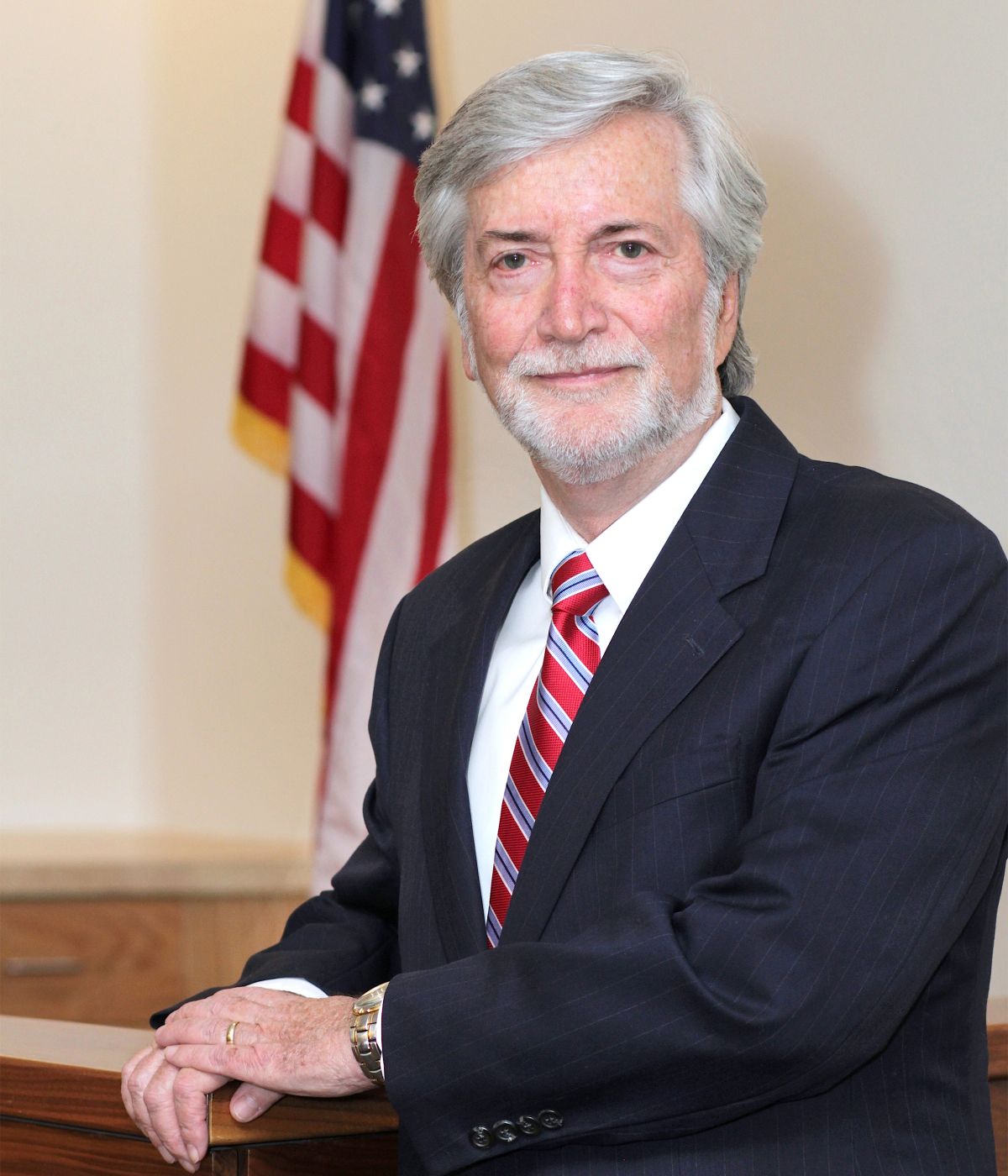 After completing his military service with the rank of Commander, John spent 28 years as a tax lawyer at Jones Day, a global law firm, with a focus on tax planning for small businesses. In his spare time, he was also an Adjunct Professor of Law at Case Western Reserve Law School in Cleveland, Ohio, and served as Treasurer and Finance Chair of a large condominium association.

John and wife Pat were married in 1996 at Red Rock Crossing. They fell in love with Sedona and bought property in the city in 2003, and bought their current home in 2009. When John retired in 2012, he and Pat were able to fulfill their dream of living in Sedona full-time.

John served three years on Sedona’s Planning and Zoning Commission, participated in the Programs Working Team that helped present the Community Plan to the public, and served on the Design Review Work Group. John and Pat love hiking, Jeeping, and horseback riding in Red Rock Country. 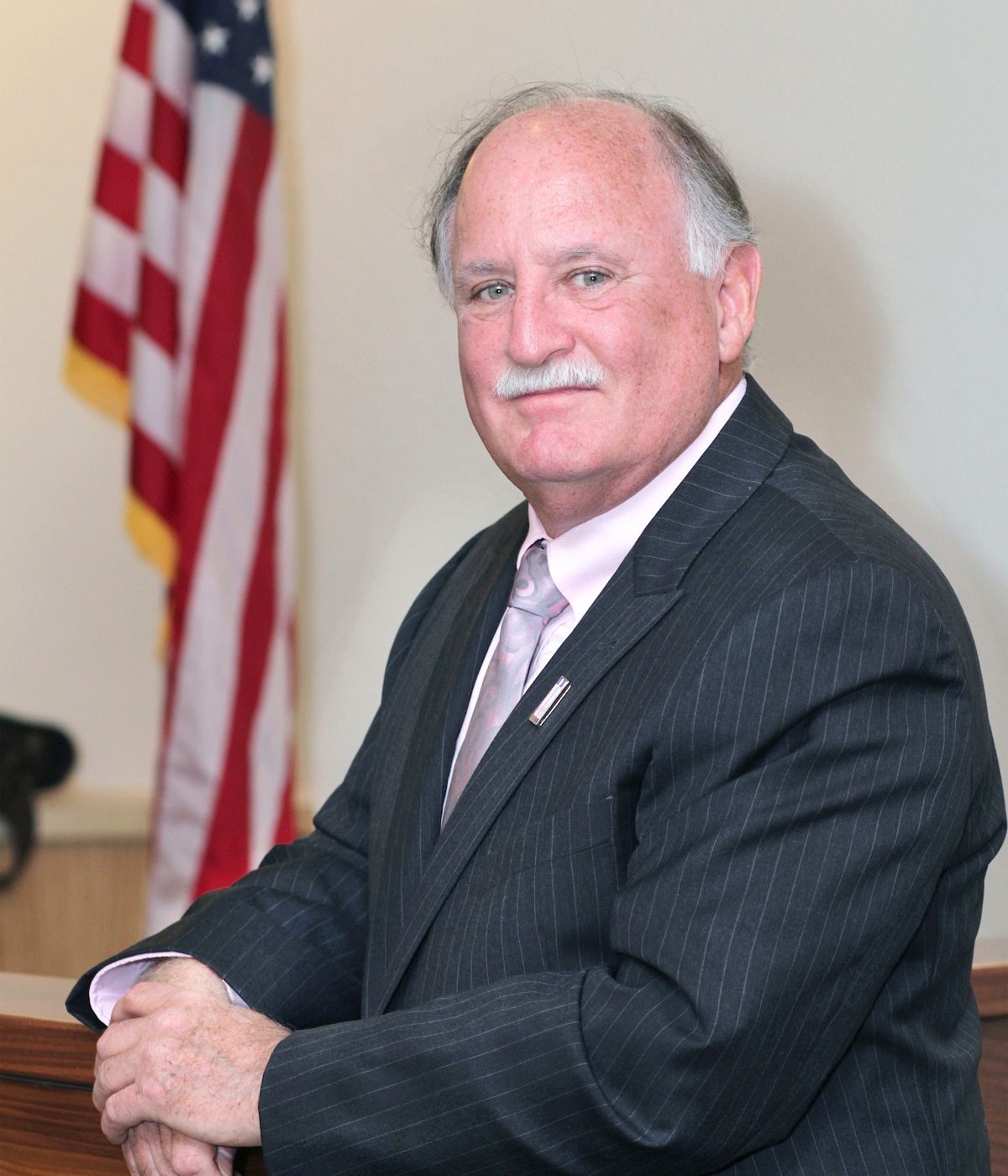 Scott holds a degree in criminal justice and worked for the Port Authority of New York and New Jersey for over 30 years. He was a police officer and later Senior Police Accident investigator receiving specialized training through Northwestern University, the U.S Department of Transportation, and the Federal Bureau of Investigation. He also served in the Police Emergency Aircraft Rescue Fire Fighting Unit.

As a community leader on Long Island, Scott received three prestigious awards for his work: a Legislative Resolution by the New York State Assembly, New York State Proclamation from the state Senate Majority Leader, and a Town Citation by the Town of Hempstead Supervisor. Prior to his election to the Sedona City Council, Scott served on the board of the Sedona Fire District, City Planning and Zoning Commission, and Personnel Board. 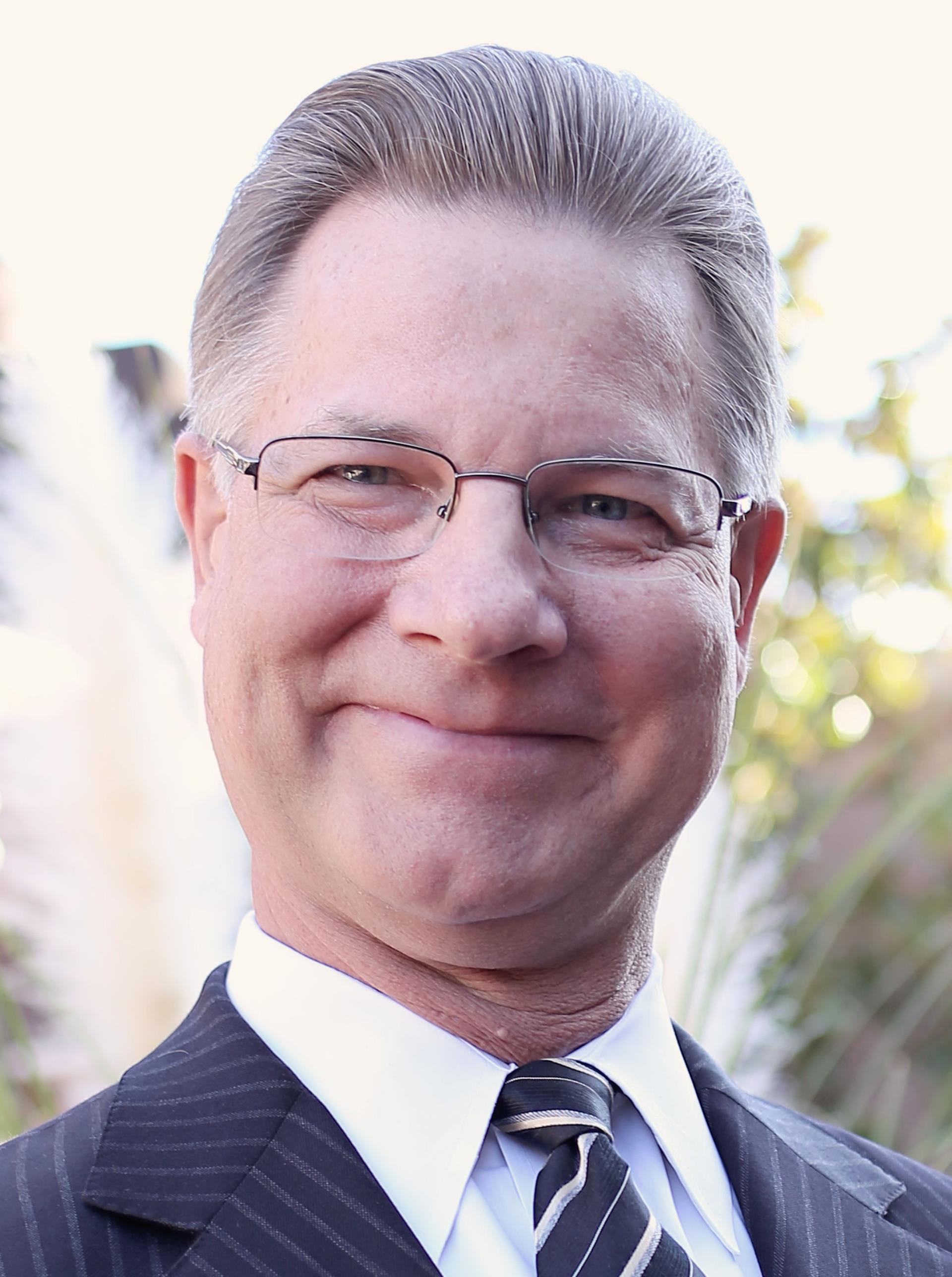 Tom moved to Sedona eight years ago with his wife, Polly. He is currently retired and lives in the Chapel area. Prior to retirement, he worked for IBM and Hewlett-Packard for over three decades, holding several positions in sales management. Tom enjoyed working with customers ranging from small businesses to Fortune 500 corporations. He was successful in bringing people and resources together to provide solutions that helped the businesses grow and developed long term relationships.

Upon settling in Sedona, he embraced the volunteerism that thrives here and became a volunteer City of Sedona Park Ranger. He enjoys walking Uptown a few days a week and speaking with tourists who ask for help or need more information about Sedona. He is also a past president of the local Sedona-Bell Rock Kiwanis Club which serves the children of Sedona through activities coordinated with schools and other volunteer organizations.

When the Council position he now occupies opened up due to a resignation, Tom applied for the position. He felt it was a good time to serve the City of Sedona more directly as he did from 2016 to 2018 on the City Council. He was fortunate to be selected and appointed by the City Council and anticipates utilizing the skills learned during his career. Tom is always available to listen to any citizen input and hopes they will meet with him or communicate with him at their convenience. 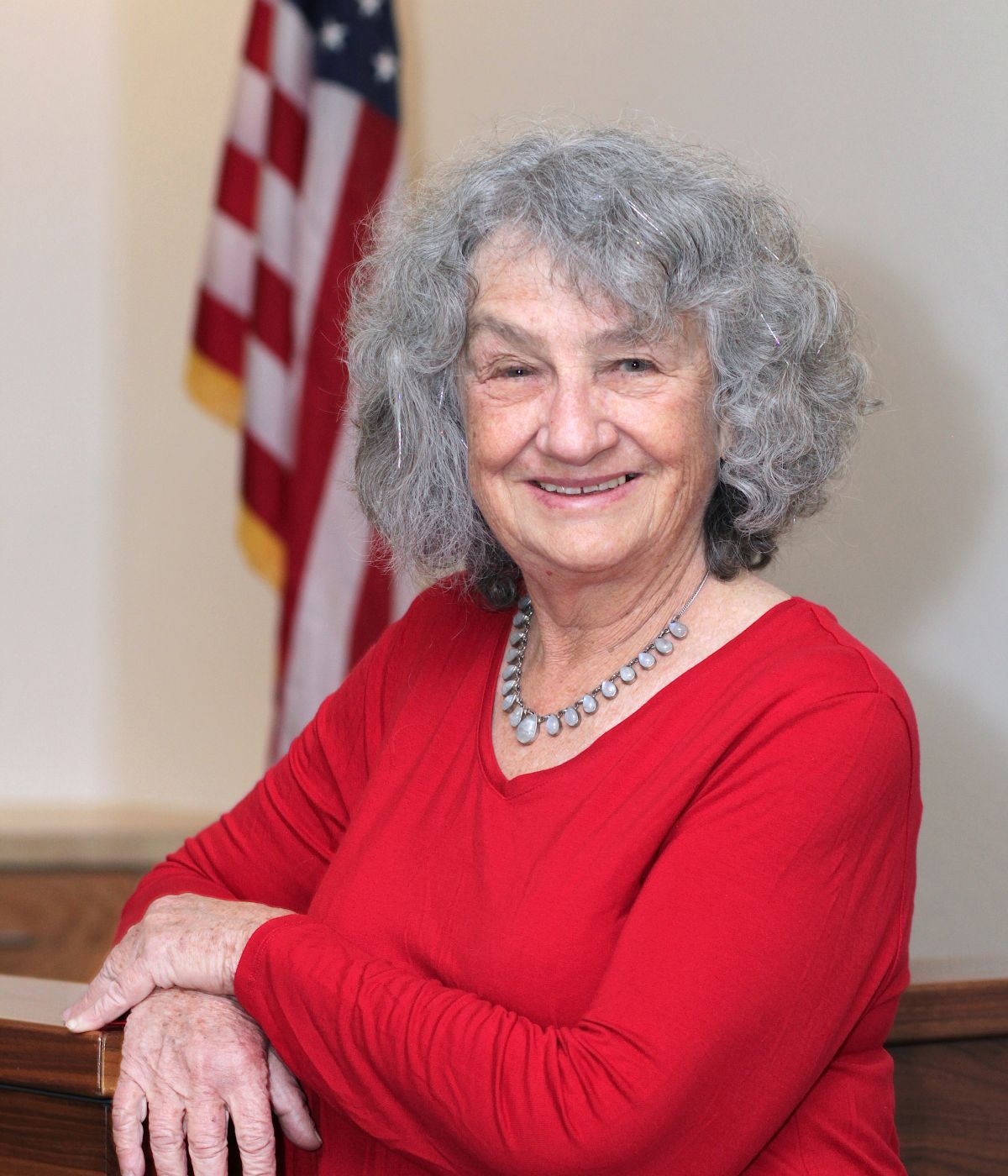 Jessica was born in Los Angeles and raised in Santa Barbara. She graduated from the University of California at Santa Barbara with a B.A. in Sociology. She moved to New York City with her husband so he could attend Columbia University. They lived in New York City for 30 years, where Jessica worked for the city. Her last position was director of Departmental Affairs at the Department of Design and Construction, the agency in charge of cleaning up the World Trade Center after the 9/11 attacks. Jessica spent some time stationed at the site as part of the cleanup team.

The Williamsons moved to West Sedona in 2003. Jessica says Sedona's beauty still takes her breath away. You may see her at the Sedona Dog Park where she often thinks that dogs exist to make her laugh. Jessica gardens, with mixed success; she likes to read and belongs to a political book club. She tries to work out at least three times a week, but also likes to cook and makes a very tasty cheesecake.